The Historical City of Malacca and the foods that compliment. 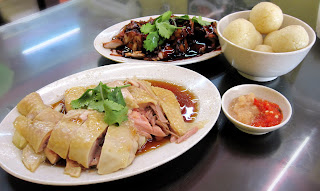 Chicken rice balls anyone? An uncommon phrase but in the beautiful and historical city of Melaka or Malacca, it triggers sensations common to the approximate 788,000 locals. This blog would best cater to travelers of all ages, those able to ride a bike, fond of history and on a gastronomic adventure through Asia. Malaysia's ethnic population consists of more than half, Malay, however, the Chinese and Indians have strong influences on the nation's colourful, vibrant history and culture. The best way to get in touch with Malaysia's culture and historical past is to visit it's oldest city, to see, hear and eat like the locals do and absorb all the wonder that this city has to offer. "A visit to Melaka would appeal to those  who have a taste for history, shopping and fusion cuisine. It is also a major stop on Southeast Asia's Silk Route"(Ruggia, 2002).

History is everywhere in Malacca, existing in every nook and corner, hinting at and sometimes boldly presenting itself, it epitomises the glorious past of international trade, power and conquests. Malacca, is renowned for its history which spans across 600 years, most of which, were as a colonised state. Founded by a Sumatran prince in the early 1400s, proclaiming himself as ruler of Malacca. His kingdom grew and became one of the most powerful centres of trade between the East and the West. However, as the centuries passed, Malacca was colonised by first, the Portuguese, lead by Afonso de Albuquerque in 1511, then by the Dutch and the British. By the time Malaysia gained its independence in 1957, Malacca had become a historical melting pot of post-colonisation, architecture, food and culture.

Malaysian local produce combined with a multicultural population and spices traded in centuries passed, has resulted in a vast number of local dishes, commonly called 'fusion' to others, ranging from the mildest to spiciest of chillies, sweet and sour, hot and cold, overall, flavours that will make your tongue dance and your tummy happy. Peranakan culture as a whole is largely defined by its cuisine, 'Nyonya'. As a Malaysian myself, Malacca’s culture is irrevocably defined by it. A combination of Malay and Chinese traditions, Nyonya cuisine comprises of dishes with exceptional vegetables, curries thickened by coconut milk and sauces that are delightfully intense. Nyonya laksa, babi pongteh, cincalok omelette and ayam buah keluak are some of the most notable Nyonya dishes and should be on every food adventurer's 'must try' list. 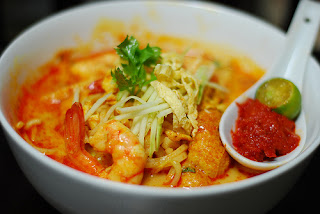 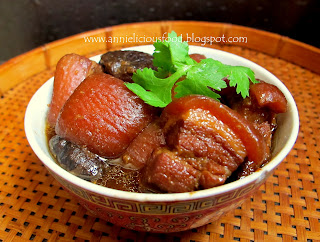 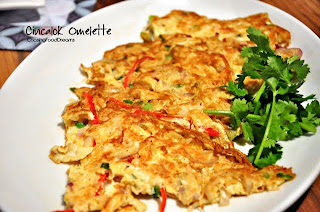 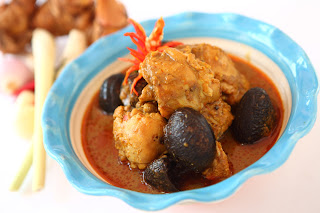 "But whatever the origin, there is one way to classify what people eat in this nation of immigrants: unbelievably delicious" (Gross, 2006). Malaccan local cuisine generally is a mixture of Portuguese, Dutch, British, Chinese, Malay and Indian. Historical heritage and local culture play a massive role in the uniqueness of each dish. Here, I have selected the top delicacies that must be tried when visiting Malacca. These foods are incredibly tantalising to the palate. 1. Chicken Rice Balls, 2. Pineapple Tarts, 3. Satay Celup, 4. Bubur Cha Cha, 5. Devil's Curry chicken. 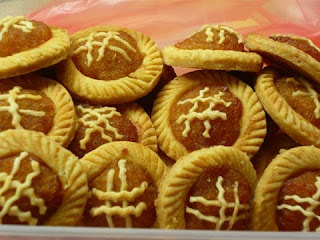 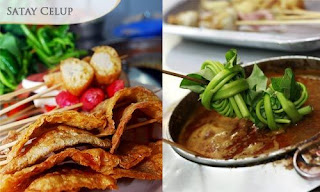 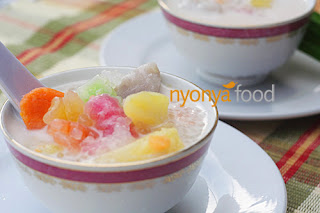 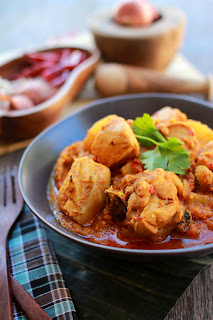 After your tummy has been filled, there are many different historical sites one can visit or join a tour. For museum enthusiasts, 'Stadthuys' is believed to be the oldest-surviving Dutch building in the East. Built between 1641 and 1660 on the ruins of a Portuguese fort. Today, Stadthuys is a museum, displaying typical features of Dutch colonial architecture. Another fascinating museum would be, The Baba Nyonya Heritage Museum containing an amazing display of 16th century artefacts, whom merchants and entrepreneurs left behind after they were lured to Malacca’s shores due to stories of the city’s promising success and wealth. 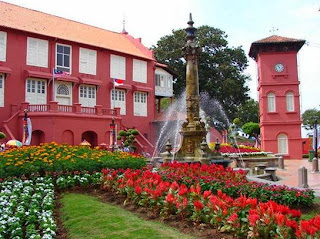 For a more picturesque part of Malacca, Portuguese colonialists' A’Famosa, built in 1511, the settlement used to spread across a whole hillside but now only an isolated gate (Porta de Santiago) remains. A’Famosa is perhaps Malacca’s best known sightseeing spot. Another attraction would be The Malacca River and a 45-minute River Cruise that takes you all the way to Kampung Morten, past Malacca town and the settlements and bridges along the riverbank with recorded commentaries. 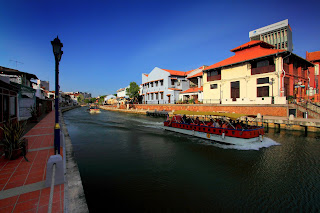 Malacca River Cruise
Jonker Street, once renowned for its antique shops, in recent years has become a hub for clothing and crafts outlets as well as restaurants. The best part of Jonker Street is the night market on Fridays and weekends from 6pm till midnight. Local culture is extremely vibrant religiously diverse Malacca, and has a unique neighbourhood whereby all 3 out of 4 major religions are located just meters apart from eachother, accesible via Jonker Street, The Cheng Hoon Teng Buddhist Temple, built in 1646, also known as the ‘Merciful Cloud Temple’ and is the oldest in Malaysia, The Kampung Kling Mosque and The Sri Poyyatha Vinayagar Moorthi Hindu Temple. 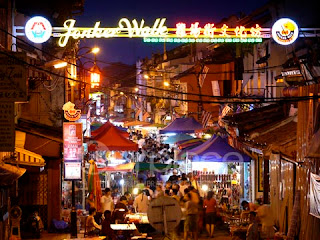 To get to Malacca, your best form of transportation would be by bus. Melaka Sentral, the huge, well-designed modern long-distance bus station, located in Malacca's city centre. Buses to Malacca can be taken from any state in Malaysia or directly from Singapore. If you're thinking of going on a road trip around Malaysia, driving to Malacca would become your transit point. Unfortunately, there is no direct train or flight to Malacca city. Rent a bike to get around the city or hire a colourful trishaw. 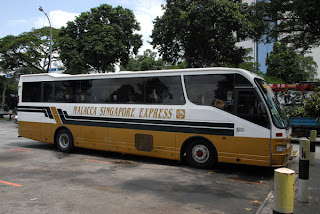 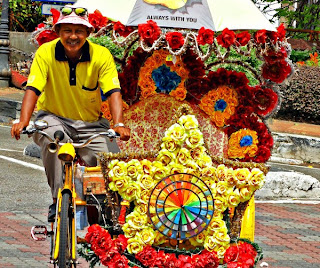 Colourful Trishaw
Accommodations in Malacca are mostly hostels including bed and breakfasts'. A handful of 3 to 5 star hotels are located within the city area, most, are a walking distance to the Malacca's main attractions. Hostels are designed for backpackers, where as bed and breakfasts' would be best suited for those wanting to have a more authentic Malaccan experience, staying in a gorgeous shop house dated at least a century ago, owned and managed by friendly local Malaccans. 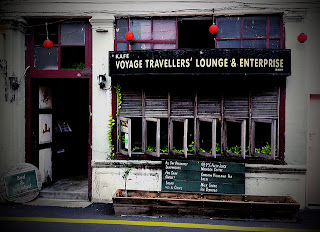 Let me leave you with these fond comments about Malacca, "Its foundation of vibrant multiculturalism, which dates back centuries, is very much alive and increasingly accessible, as it welcomes a handful of hotels and millions of international visitors a year "(Lindt, 2012). "The country as a whole weaves a complex tapestry of one-of-a-kind experiences for incentive programs"(Batirin, 2005). The historical city of Melaka also has its place in UNESCO's World Heritage list since 2008, "as a unique preservation of history reflecting the coming together of cultural elements from the Malay Archipelago, India and China with those of Europe" (UNESCO World Heritage Centre, 2008). Hope that gives you even more reason to visit the historically and gastronomically vibrant city of Malacca.

Hope to see you there!
Selamat Datang ke Melaka (Welcome to Malacca)

Posted by Fiona Boon at 7:36 AM No comments: